Pastor Wilson Bugembe says he is in love, FINALLY! set for mega Wedding

City Comedian MC Kapale Sets Dates For His Introduction Ceremony with long time Girl Friend , All You Need to Know 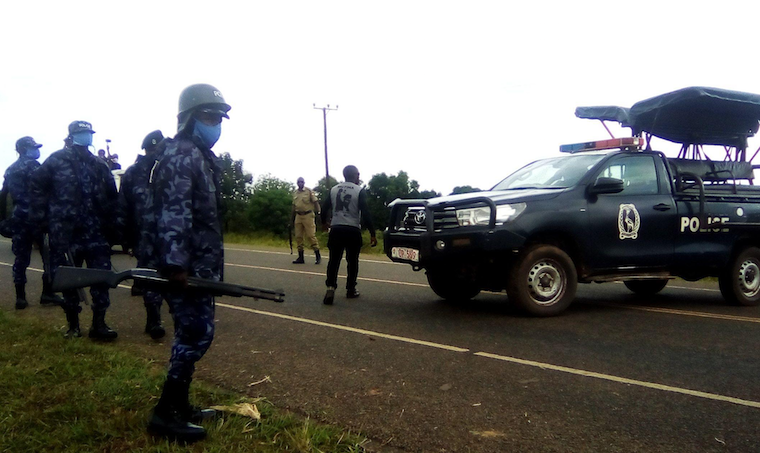 Kyagulanyi was scheduled to campaign in Kitgum municipality before heading to Pader town council in line with the Electoral Commission campaign schedule. However, heavily armed police officers sealed off Christ the King playgrounds and stopped NUP party members from conducting any activity there.

Rev Fr. Stephen Raphael Kilama, the curate of Christ the King parish later informed NUP that he could not allow them to use the facility because he’d been informed by security that the venue is unsuitable for campaigns.

“As a parish we don’t want to enter into this tricky situation between a hard place and a rock. So I ask, I humbly request, this is my humble appeal, we don’t want a situation that will arise amd endager the lives of people here. Every life is valuable, and I request if it is deemed possible, and I believe should be considered now, considering the issue at hand let us take this campaign to Acaki lodge where I think the restrictions can be followed because with the confusion that is at stake right now as the person that has been left in charge, I will now not accept that this rally take place on this ground,” said Rev Fr. Kilama.

Fr. Kilama however, said the church had permitted NUP to use the playground after fulfilling all the necessary requirements. Tommy Eyaku, the Kitgum district police commander (DPC) acting on orders of the resident district commissioner also attempted to block Kyagulanyi who had spent a night at Acaki lodge from heading to the municipality. Eyaku noted that Kitgum district is a hotspot for COVID-19, arguing that any meeting that attracts more than the recommended 200 people would be a health risk.

The police were however outnumbered and overpowered by Kyagulanyi’s entourage. As Kyagulanyi accompanied by his team drove to the central business district, hundreds of locals gathered by the roadside to cheer him while some joined the procession. For over an hour, normal businesses and traffic came to a standstill in the municipality.

Police looked on helplessly as Kyagulanyi’s procession continued to attract even bigger crowds. Kyagulanyi used the opportunity to re-echo his promise to uplift the education standard and the health sector, improve salaries for police officers and the army.“We are in a mission to freedom. It’s a new generation and a new revolution. We want to change the police, we want better education, the police deserve better and we don’t want our women to die while giving life to young ones,” Kyagulanyi told the crowds.

Police later escorted Kyagulanyi’s team out of the town before teargassing the mammoth crowds that had accompanied him at Corner Alango in Pandwong Division. William Komakech, the Kitgum resident district commissioner, says Kyagulanyi deviated from their earlier request to use Acaki lodge instead of Christ the King playground.

He faulted Kyagulanyi for defying the COVID-19 guidelines by holding a procession in the busy municipality, putting the lives of many people at risk.

“The Bobi Wine team met the district taskforce yesterday, wrote their intention of holding a meeting in Acaki and that was the position yesterday. But to our dismay, when he came in town, he changed the position to Christ the King. It was strange to us because what we agreed with his advance team was quite different. Later on, when the police later agreed to use that ground, they came and dropped to the town centre and held a procession against the guidelines that govern the campaigns,” said Komakech.